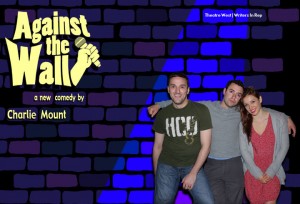 A comedy about the walls we build around ourselves. Jeff’s a funny, but hostile, comic. Susan’s a serious, but emotionally volatile, activist. He needs to shut up, and she needs to lighten up. Will love triumph?

Written and Directed by Charlie Mount 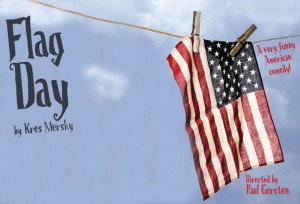 Kaufman and Hart meet Chekhov in Kres Mersky’s madcap comedy about a family struggling to connect on a Christmas like no other!

ABOUT WRITERS IN REP

One thing that beautifully illustrates the theme of building on a legacy is the development of new plays at Theatre West. This has been a foundational tradition since the group began. Since Theatre West boasts a wealth of actors and writers and directors, it is ideal for the all-important task of honing and crafting new plays. It’s very informative for writers to have their material read by skilled actors and the critiquing process is further enhanced because the comments come from gifted writers, directors and actors who are all committed to the task of building the best theater pieces possible.

Our writers have the opportunity to have their work exposed in our workshops (acting and writing) as well further development in our various reading series and WestFest presentations. The “Writers In Rep” season slot is the next natural step in this evolution; a mainstage production where the most crucial — and informative —element is brought into play: an extended run with audiences.

So, building on the plays that have come before them, such as Love of a Pig and A Bronx Tale (just to name a few), we are proud to present two new plays fresh from our play-incubator. And you join the legions who proudly say, “I saw that when it first came out at Theatre West.”