To Dad With Love: A Tribute to Buddy Ebsen 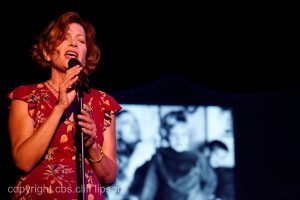 A Tribute to Buddy Ebsen

Return to the Golden Age of Hollywood as entertainer Kiki Ebsen honors her father, entertainer Buddy Ebsen, in a multimedia show, co-designed by Kiki and her brother, Dustin Ebsen, which highlights the

icon’s seven-decade career during the best days of stage, film, theatre, and television. From his earliest days as a New York song-and-dance man, Kiki takes the audience back in time as Buddy Ebsen starred in early films such as “Captain January”, “Banjo On My Knee” and the “Broadway Melody” movies of 1936 and 1938. In addition Kiki will reflect on his television work in “The Legend of Davy Crockett”, “The Beverly Hillbillies” and “Barnaby Jones”.

WHAT THE CRITICS SAY

“Kiki Ebsen’s graceful performance was packed with an emotional punch that knocked us out of our seats. The subject matter focusing on “father” is profound to us and we were engrossed with her story that was exquisitely directed. Kiki’s smooth velvety voice, topped with historic and meaningful imagery on the screen and backed by her remarkably brilliant trio was a delight for the senses. This powerful and unforgettable show is something we want to bring back. ” — Bernie Furshpan, Metropolitan Room, NYC

“…a loving valentine from a daughter to her father, a clever, intimate musical and multi-media portrait of the man we thought we knew and the man Kiki knew as “dad.” … delivers the songs exquisitely, poignantly and often playfully live. it’s the personal storytelling (and film clips, including a delightful number with Shirley Temple)…infuse the show with an unforgettable magic that brings Buddy Ebsen alive once again. ”— Jonathan Widran, Jazz Journalist 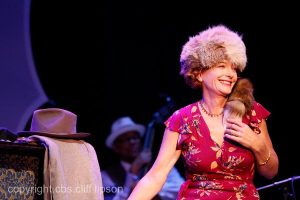 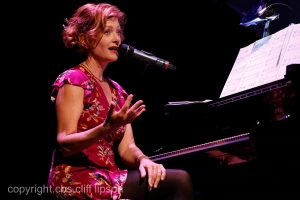