“Charlie Mount’s extraordinary political drama, “The Leather Apron Club,” has been brought back for another ten performances and you will be very pleased that the producers at Theatre West did so.” edgemedianetwork.com 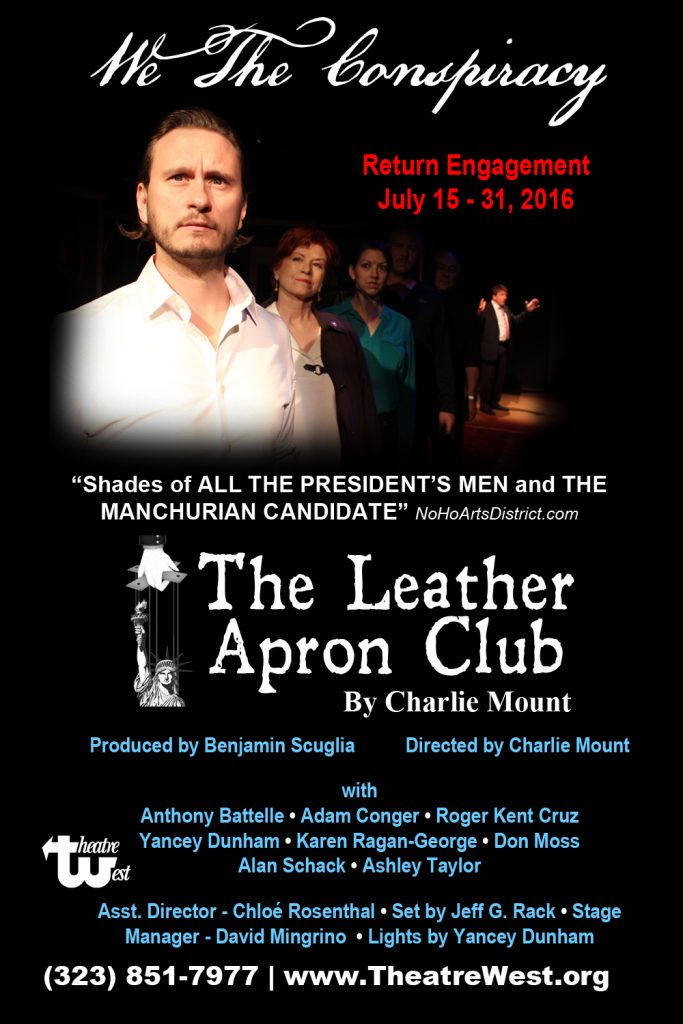 Written and Directed
by Charlie Mount

“This CLEVER AND WONDERFULLY WRITTEN THRILLER has shades of ALL THE PRESIDENT’S MEN and THE MANCHURIAN CANDIDATE, and echoes of anything written by Aaron Sorkin. The characters are pointedly defined, shameless reflections of so many of these sometimes slick and sometimes purposefully scattered men and women flitting around on the edges of recognition and slithering through the halls of power.” NoHoArstDistrict.com

“The Leather Apron Club” is so well written, directed and performed that it is UTTERLY RIVETING. There are subtleties and nuances that capture your imagination and move you through each compelling twist and turn. There is also an abundance of reality that elevates the entire show and makes it without question ONE OF THE BEST ON STAGE RIGHT NOW…. SUPREMELY ENTERTAINING!” Examiner.com

“DO NOT MISS THE LEATHER APRON CLUB written and directed by Charlie Mount. An ABSOLUTELY BRILLIANT STORY based on an actual club formed by Benjamin Franklin… If you believe that the United States is actually an oligarchy run by a select few then this is the story for you. If you’re fond of riveting thrillers with edge of your seat suspense, then The Leather Apron Club is for you.  If you want AN OUT OF THE BOX SLAM DUNK HOME RUN IN STORYTELLING, then The Leather Apron Club is for you. An ensemble work, every actor occupied the skin of their character and delivered UNFORGTABLE PERFORMANCES. FROM START TO FINISH – BRILIANT. (It could go from this stage to film) The set design, light design, sound design, costume design – all superb. Do not miss this one. I repeat -DO NOT MISS.” Discover Hollywood

“Doesn’t everyone amass and wield power as effectively and with as little interference as possible? Why not? Writer/director Charlie Mount’s script deftly explores how individuals answer and what their answers mean, both personally and socially. His EXCELLENT CAST reveals the nuances, shifting loyalties and each facet of the debate with complex performances. The contemporary, cultural references are timeless. Wake up!”  The Tolucan Times

“There are certainly coincidences in their time to our flash-forward fifteen years: bullying, naked aggression, debates which dissolve into violence, and so forth. A PLAY FOR OUR TIMES, no doubt. And even though Mount is careful not to politically label his characters, it’s easy enough to read into them from our own political biases. It’s an EXCITING play which definitely deserves future lives around the country both before and after this political cycle. GO SEE IT!” edgemedianetwork.com

“THE LEATHER APRON CLUB is as previously stated, a real ACTION PACKED POLITICAL THRILLER!  Again, there are no shoot outs, explosions, or evil villains ready to take over the world. But there are intense moments that speaks for a nation ready to climb on its feet or bend at its knees. Is it real, or is it part of some conspiracy toted by some underground group? That reality is for those concerned to find out for themselves!” Accessibly Live Off-Line

“It is a heady, intellectual evening… and one that may provoke a plethora of questions, thoughtful introspection, and a renewed consideration of the ways of the world from all who witness this HAUNTING THEATRICAL EVENT.” Cynthia Citron

“THE LEATHER APRON CLUB is a political thriller that WILL SEND CHILLS UP YOUR SPINE. Lines like ‘We expect our leaders to be idiots’ and ‘Speak softly, but carry a .45’ flourish in this tale – all the more frightening because it makes you wonder if this could be true. On top of that, the play is especially relevant in this, a national election year. It’s the perfect time for this world premiere to make an appearance.” LASplash.com 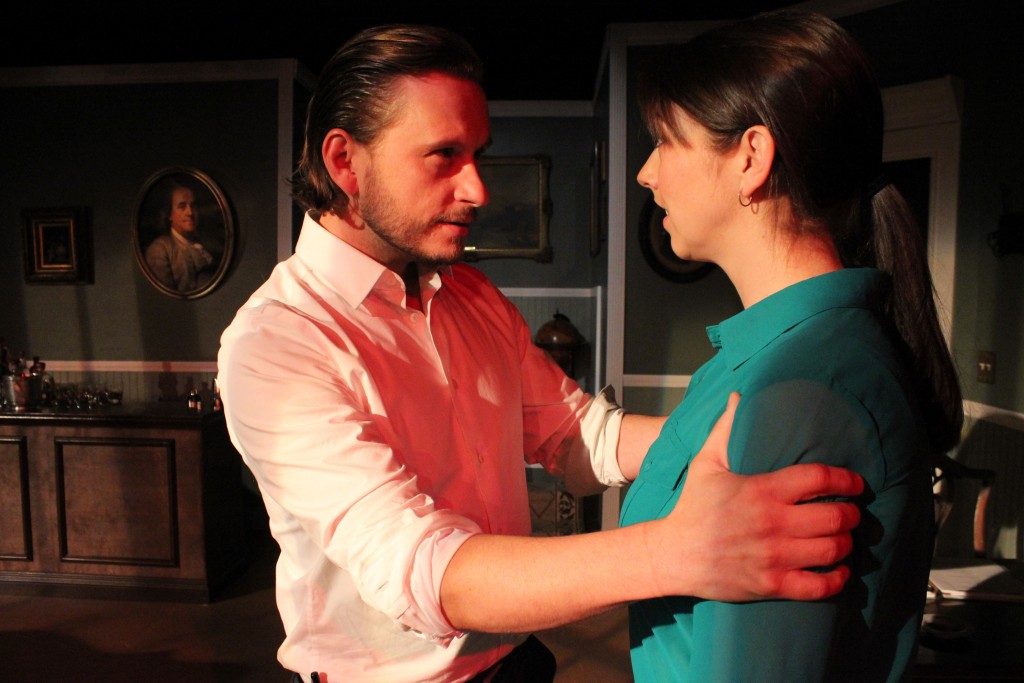 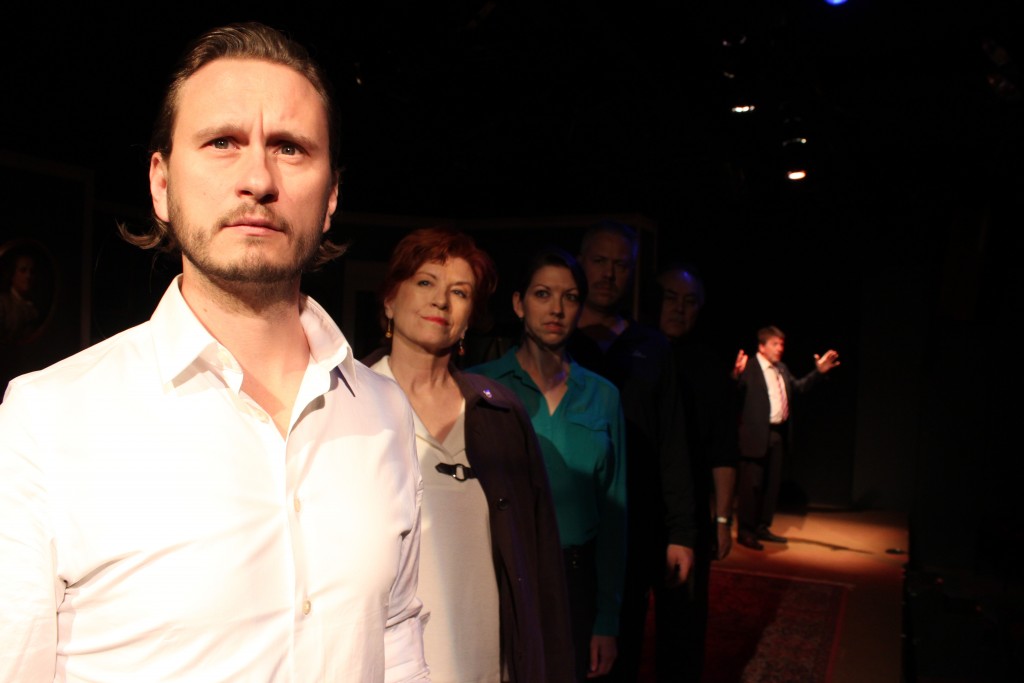 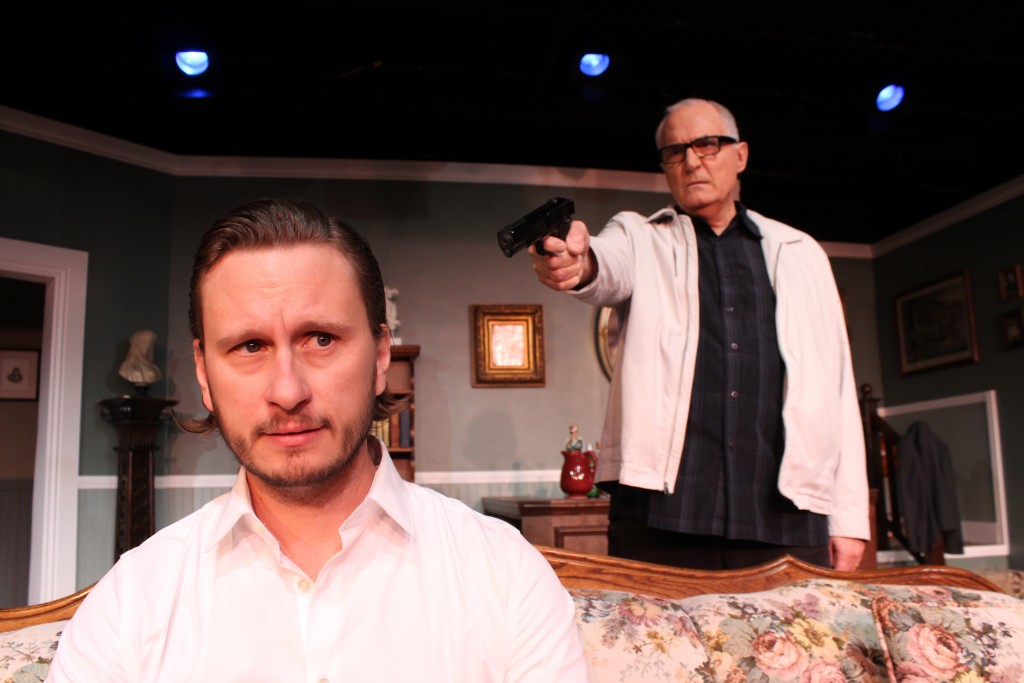 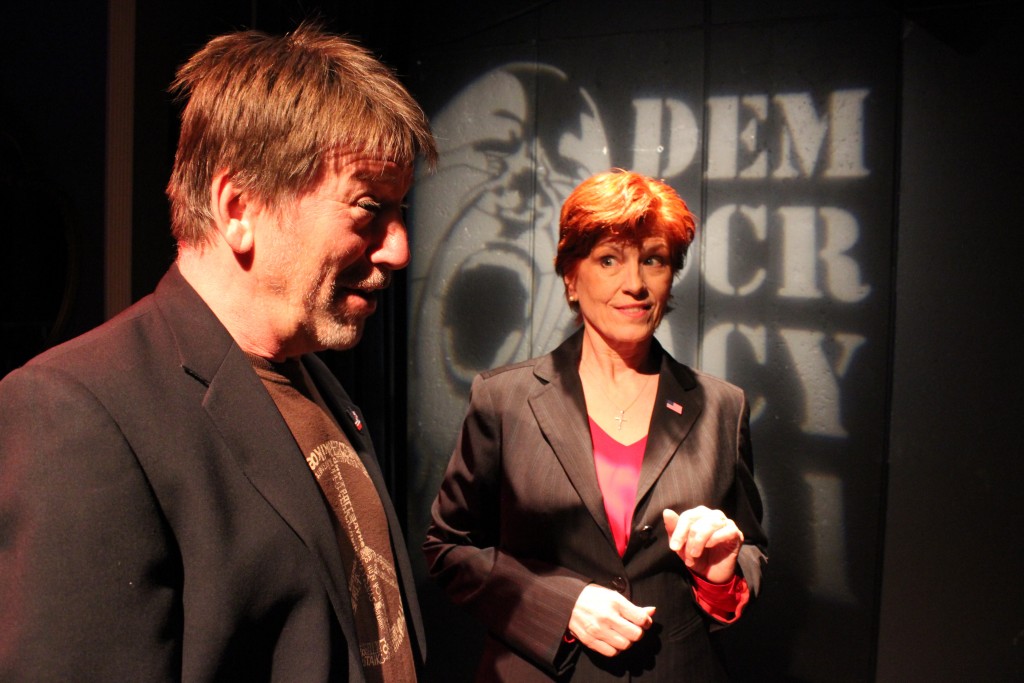 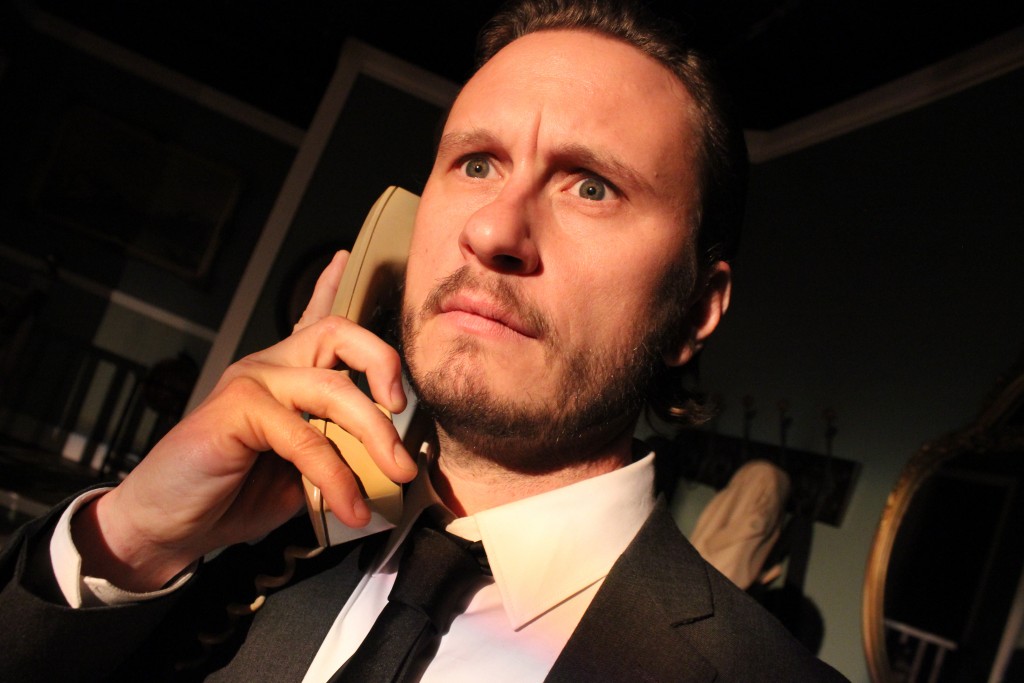 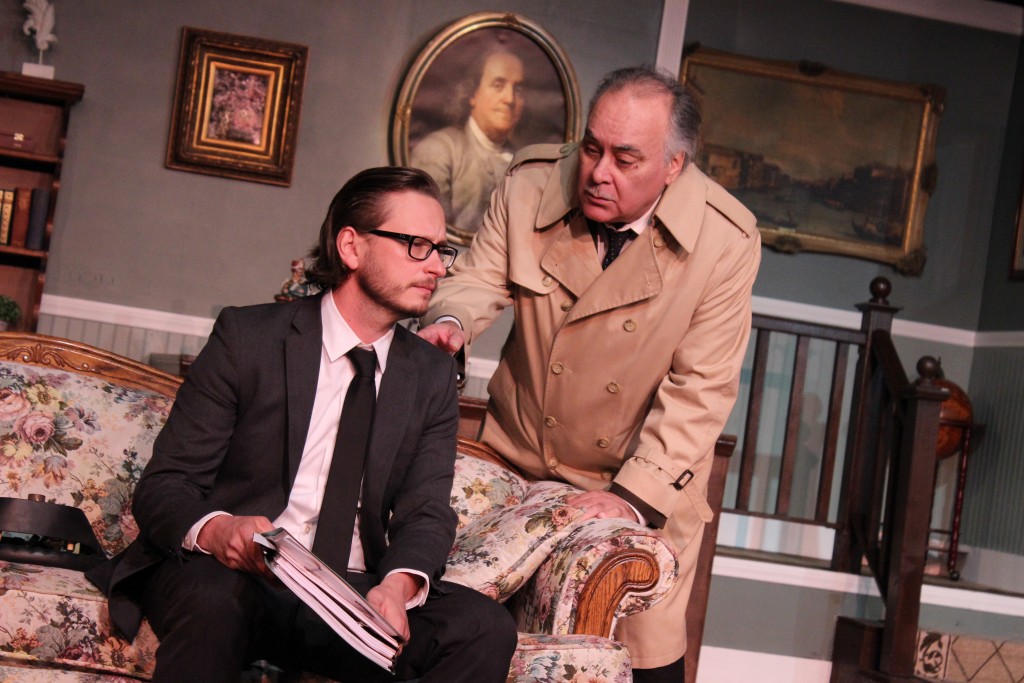 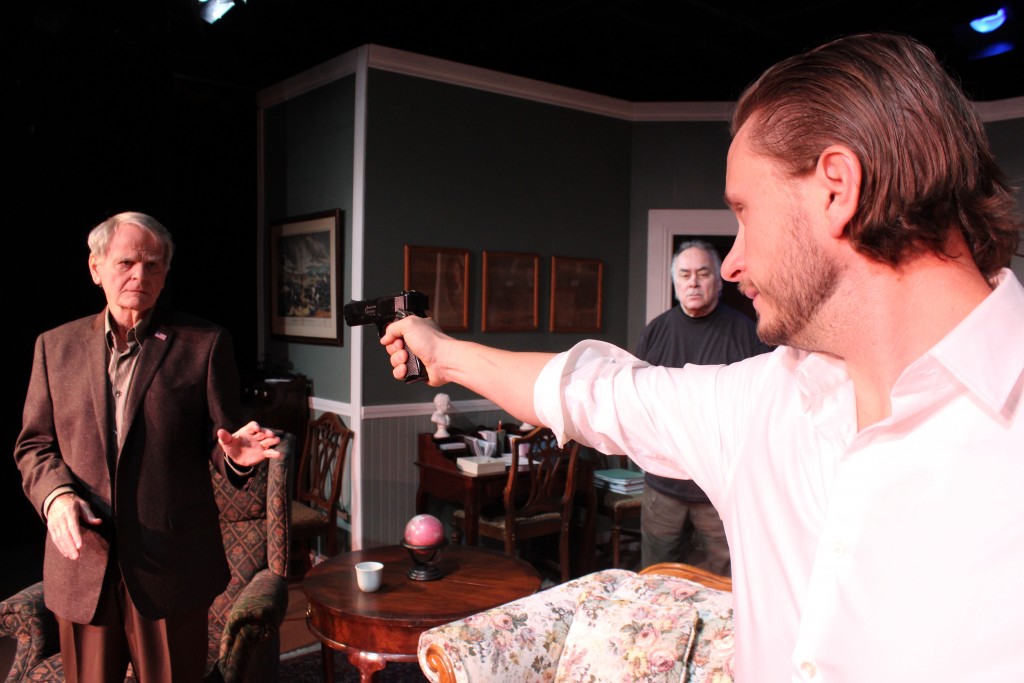 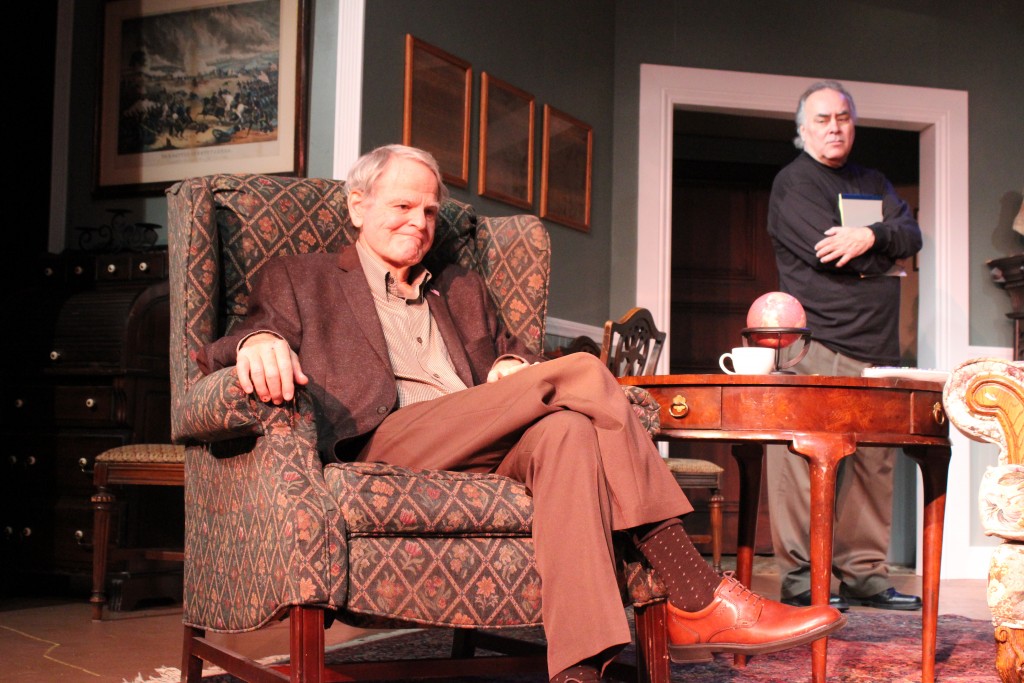 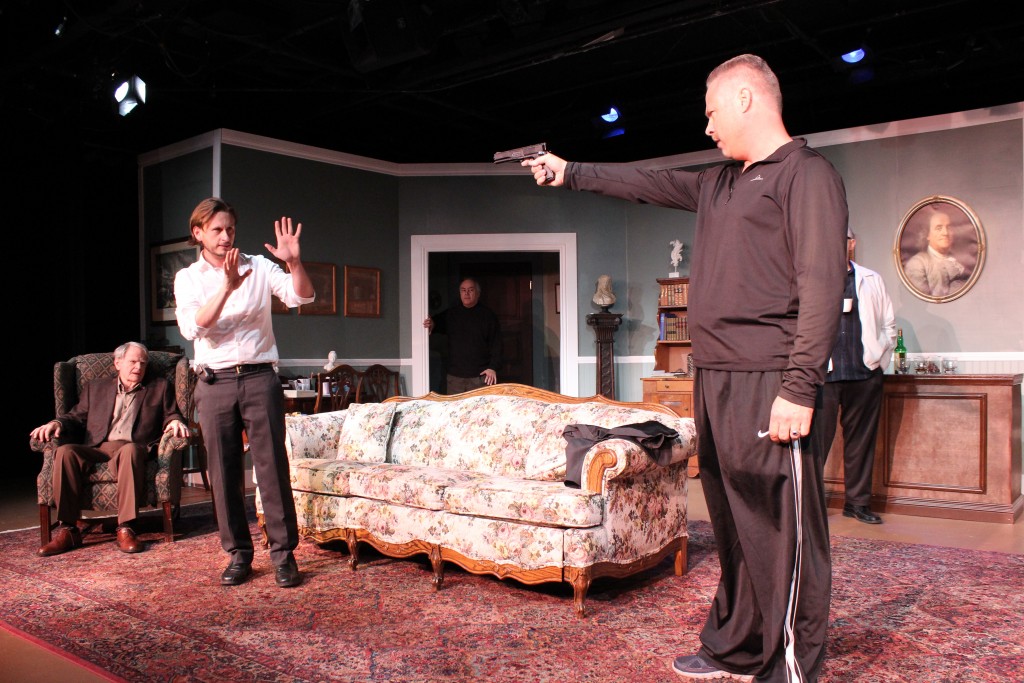 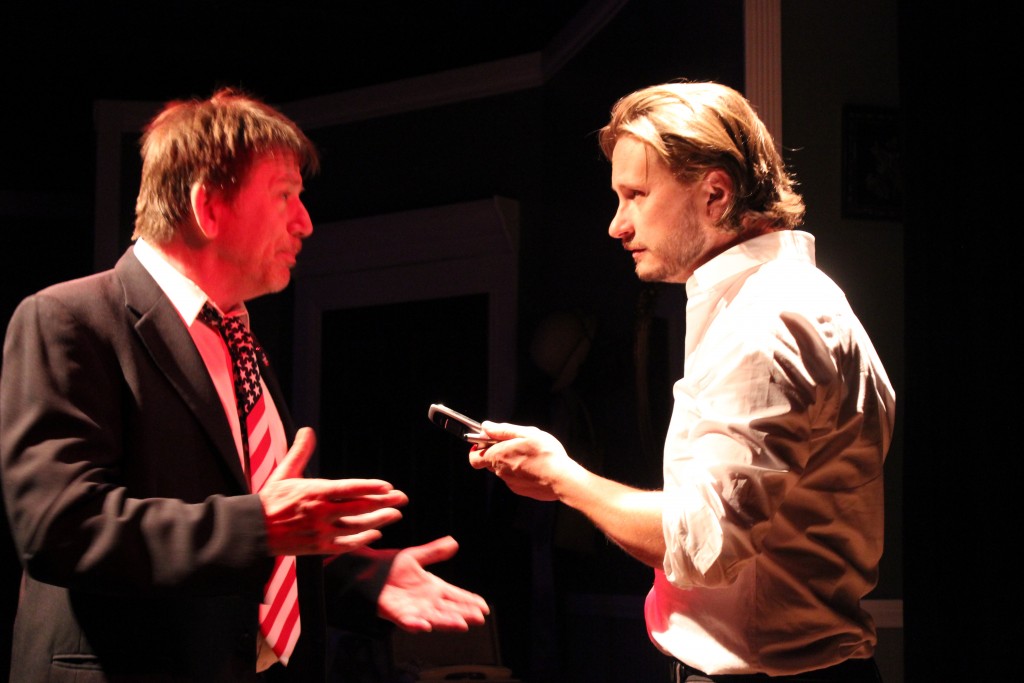 Charlie Mount’s critically acclaimed productions are bold, innovative and striking, whether they’re original works like Acting – First Six Lessons with Beau Bridges or classics like his Ovation Nominated production of Clifford Odets’ Waiting For Lefty, Waiting in the Wings (garnering a “Best Supporting Actress” nomination for legendary actress Betty Garrett), Without Annette, Seascape, Gaslight, and The Fantasticks. Other plays written by Charlie include Trumpets and Table-Tipping staged at Theatre 40 and his recent play Against The Wall which received a “Critic’s Choice” by the Los Angeles Times. As a producer Charlie mounted the Los Angeles premiere of Requiem For A Heavyweight, The Lion in Winter (with Jim Beaver), The Women of Spoon River (with Lee Meriwether), Ray Bradbury’s Falling Upward (with Pat Harrington) and most recently Jim Beaver’s critically acclaimed play Verdigris. He has written book reviews and articles on the arts for Forbes.com and Examiner.com and his Sherlock Holmes mystery enovel The Clairvoyant Murders is available from Amazon.com. Charlie is also a professional magician and a member of the world famous Magic Castle.