YOU’RE INVITED!
To A Celebrity-Studded Tribute

THIS EVENT IS SOLD OUT

Join us as Theatre West honors one of its most famous members. LEE MERIWETHER has been, and continues to be, a very important part of Theatre West, her beloved theatre company. Crowned Miss America in 1955, Lee quickly became a star of stage and screen. She has been an active member of Theatre West for almost as long as the Company (which has the distinction of being the longest continuously running membership company in Los Angeles) has been in existence. So it is only fitting that we honor her as we celebrate Theatre West’s 55th Anniversary with a special evening of ENTERTAINMENT provided by Lee’s long list of friends, artistic colleagues, and Company Members.

The evening features a Red Carpet and Appearances, Tributes and/or Performances by:

Ms. Meriwether will also be presented with an award from the Hollywood Chamber of Commerce.

This is also a chance to give Lee your written personal greetings. Bring your letter with you to be presented to Lee in large baskets of “love.” Unable to attend? Email your “Love Letter” to Lee at (iecasting@socal.rr.com) or snail mail to Theatre West by February 5th.

Parking available in the Panasonic Lot across the street (Fee charged).
Due to new Panasonic Lot owners, we can no longer provide free parking.

Proceeds from the evening support the ongoing artistic and
educational activities of Theatre West, a 501c3 non-profit organization. 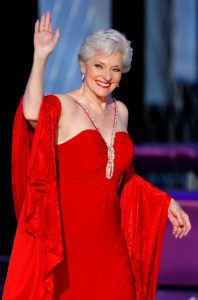